Skip to main content
There are currently no alerts.
END_OF_DOCUMENT_TOKEN_TO_BE_REPLACED

The Northwest Arm is a valuable recreational, economic and quality of life asset to our community. Maintaining the water quality of the Arm is important. The trunk sewer that services the area was over 100 years old and showing its age.

Repairing the four kilometres of the large diameter sewer from the Armdale Roundabout to Point Pleasant Park, through residential backyards, was a significant engineering, logistics and community relations exercise.

The project was budgeted at $23million and the timeline for completion was very tight. Work had to be complete by March 2018 in order to qualify for Clean Water and Wastewater Funding, so crews went right to work.

Liquiforce was the contractor awarded the project and by June 20th the work had gotten underway with a subcontracted workforce which included Unijet, Insituform, EmPipe, Atlas Dewatering, and a local civil contractor G&R Kelly to clean and line the existing sewer using Cure-In-Place-Pipe (CIPP) technology.

Once the sewer was cleaned and the bypass systems in place (which allowed the trunk sewer to remain operational throughout the project), the lining of the sewer began. Once a lining section began, it became a 24-hour operation.  One of the liner sections took six round-the-clock days to complete. The shortest liner sections were typically completed in 2 days. 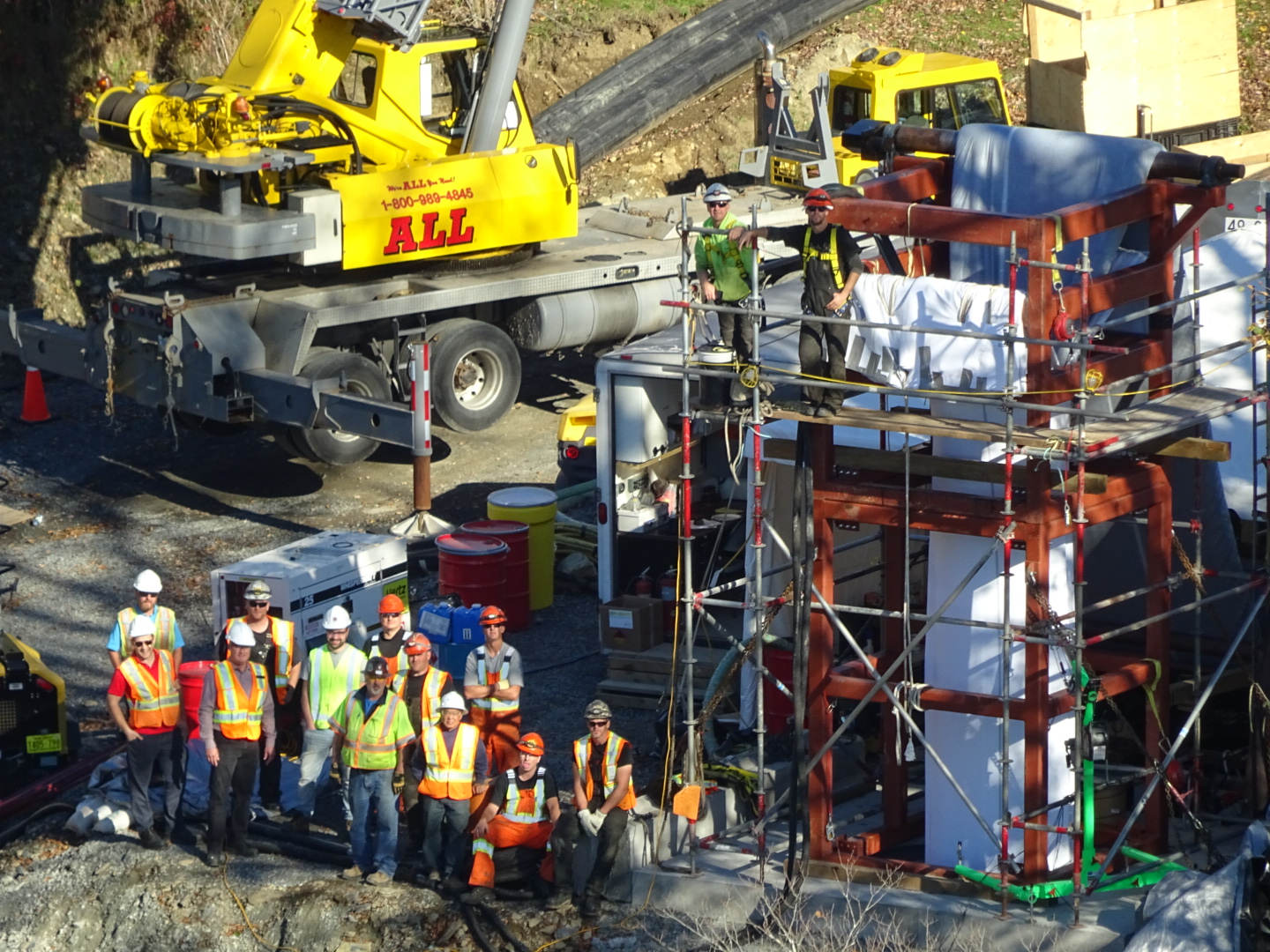 On December 5th the last section of liner was in place and the trunk sewer back and running.

Many thanks to the area residents, Councillors Shawn Cleary and Waye Mason and related stakeholders for their accommodation and understanding of the need to complete this work.

Congratulations to Halifax Water’s staff who worked to successfully complete this complex project.

Residents can now look forward to what is essentially a new sewer line along the Northwest Arm that is expected to last at least 75 years.

A true legacy project for all involved.

In an effort to keep residents up-to-date on the progress of the project, Halifax Water posted regular project updates.